CORONAVIRUS UPDATE: Click Here to Learn What We Are Doing to Protect Our Clients 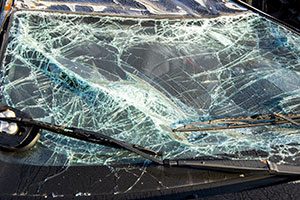 Whether it’s politically correct or not, I have to say it: Some people really amaze me with their level of foolishness – or downright stupidity. These days, people just seem to lack ordinary, run-of-the-mill common sense. Whether it’s (literally) racing to supermarkets, to (again, literally) raid the shelves for food if a weather forecast involves a mere 2-4” of snow, or in general acting like brainless idiots, so many people truly amaze me. Here in the greater Boston area, depending on one’s location, somewhere between 2-4” or perhaps 3-6” of snow was forecast this past weekend. Result? Madness on the roads, everywhere (even though not a flake had yet fallen). The shelves of nearly every supermarket, were emptied of anything that could be reached. I noticed one very haggard-looking checkout clerk in a supermarket, and commented that she must have been exhausted from the day. She looked at me and said (with much insight), “For a few inches of snow. People are insane these days.”   She captured that thought pretty well.  One person told me that he went to get gas at a local Costco gas station this past weekend. There were so many cars at that Costco, (thousands, as he recalled it), that it took him over 2 ½ hours to get gas and leave.

Because 2-4” of snow had been forecast (of which 1” actually fell; not unusual).  Amazing.

Care to know what else is amazing? The fact that in winter (which in Massachusetts, we’re now in the pit of), people will clear their vehicle windows of snow & ice, but won’t clear the snow & ice from their vehicle hoods and roofs. Result?  Once the vehicle heats up, and speeds of as low as 20 MPH are reached, huge chunks and layers of that snow and ice will become airborne missiles, hitting cars and trucks behind them as though they were giant boulders. Large chunks of snow & ice, once airborne, accelerate to the force that snow-making guns throw at ski resorts. The larger the chunk, the heavier it is, and these large, heavy chunks of snow & ice can hit a vehicle behind it with as much speed as hitting a small deer.  Even with smaller chunks of snow & ice, these size projectiles can hit your vehicle with the speed of a baseball pitch. Apparently, these clueless drivers think the snow & ice on their hoods and roofs are cemented there until spring, when an auto mechanic will remove them with special equipment.

Of course, these chunks of hardened snow & ice, after becoming detached from one vehicle and becoming airborne, fly rear-ward, and strike the windshield or hood of the vehicle(s) immediately behind it. Upon suddenly seeing such a large and dangerous object flying in the air about to hit his or her windshield or hood, the brain immediately tries to either block the incoming object, or evade it. This means that the driver behind the vehicle that has jettisoned its snow or ice fragments due to wind speed, will many times instinctively and without time to think – flip their steering wheel to the left or right, almost certainly resulting in a serious motor vehicle collision. As bad or worse a driver reaction: As a Boston area car accident attorney, I’ve seen some cases where the rear-most driver about to be hit by such projectiles, suddenly take his/her hands off the wheel – placing them in front of their face in a reflexive attempt to protect his/her face. The outcome of that scenario is no prettier.

I’ll talk about the penalties for this kind of inanity, in my next post on this subject, in a few days.

No Fee Until We Win Your Case
Free Phone Consultation 781-320-0062·617-285-3600 We Make Home & Hospital Visits
"You know what impressed me most about you? I know that my injuries from my car accident weren't the worst that you had in front of you - my case was far from the biggest case in your office - but you represented me like my case was worth a million dollars. I can't thank you enough."- Margaret G., client
Topics

Search
Want to Win Your Case? Then The Choice is
Kickham or Lose
Kickham Injury Video Library